Blog
You are here: Home / Blog / Uncategorized / First Report of Dockage for DON

Yesterday (8/6), both Shawn and I received the first report of wheat grain being rejected at the elevator for too high of level of DON. DON, which stands for deoxynivalenol, is a vomitoxin that can affect humans and animals. Because of its risk, most grain handlers or processors have set a limit of 2 ppm. Under 2 ppm, no discounts are usually applied for acceptance of the grain. Please also keep in mind that these limits may be more rigid depending on the expected end-use for the grain, or if it may be shipped overseas.

Throughout much of the 2008-2009 growing season, conditions were low for risk of Fusarium head blight (FHB) (Figure 1). However, this did not mean that we would not have scab in the state. Also, the current iteration of risk models is for FHB and not DON. It is known that symptoms of FHB in the field do not always correlate with DON, meaning that asymptomatic kernels could still be infected. Also, there is some newer evidence that also suggests infection by Fusarium graminearum can occur after flowering, although how much this affects DON is work that is in progress. 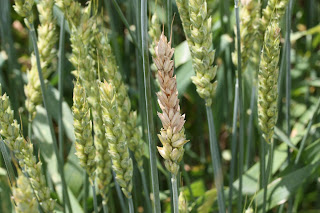 Figure 1. Fusarium head blight of winter wheat.
In the meantime, we very much would like to hear about new reports of either dockage or rejection of wheat grain due to the DON. In order to have a better idea of the current DON situation in the state, if you would be able to provide information regarding the location where dockage/rejection occurred, the level of DON, and any other information about the production setting, we would be most appreciative. This will help us move forward to better develop management recommendations that use both the current forecast model, plus what we know is occurring in the state.
/wp-content/uploads/sites/3/2017/10/coolbean.png 0 0 earthling /wp-content/uploads/sites/3/2017/10/coolbean.png earthling2009-08-07 11:47:002009-08-07 11:47:00First Report of Dockage for DON
0 replies

Options for hail damaged corn assessed as a total loss. The Year of the Yellow Bean
Scroll to top