The drought of 2012 continues to introduce new issues even as we progress into R7 (beginning maturity) soybean.  Reports out of SW WI and verified at our Lancaster research site show drought induced shattering localized in the upper pods (Images 1 and 2 below). This issue is mainly occurring in the early maturity group soybeans and is being noted in other states. I have two running hypothesis for this phenomenon. The first hypothesis that Emerson Nafziger (University of IL), Seth Naeve (University of MN) and I agree on is (and I will quote Dr. Nafziger)…

“Preharvest shatter is an issue here with early-maturing beans – the ones that were already at R7 before it rained a lot the first days of September. Those would not have added any more weight to speak of, but they might have swelled with the rain. Dew has been heavy the last week or so as well, and rewetting and drying has occurred on a daily cycle. We’ve seen before that drought conditions during pod development simply result in weak pod sutures, and when pods (and beans, maybe) rewet after they’ve dried, they simply open more easily.”

My second hypothesis is that this is a drought induced mechanism of survival or seed dispersal. This is less plausible given “that soybeans have had their natural tendency to shatter beaten out of them as much as possible by breeders“. However given the severity of the drought coupled with shatter timing (pre-R7) it may be a possibility.

Regardless of cause shatter can significantly impact yield especially if  it begins weeks prior to harvest ripe (Image 3). As a general rule of thumb a loss of 4 seeds per square foot equals one bushel per acre yield loss. I have yet to reach an average of 4 seeds per square foot in my research plots however if you are concerned and are questioning harvest timing to minimize shatter in your early maturity group soybeans please see Check Combine Settings to Minimize Soybean Harvest Loss. 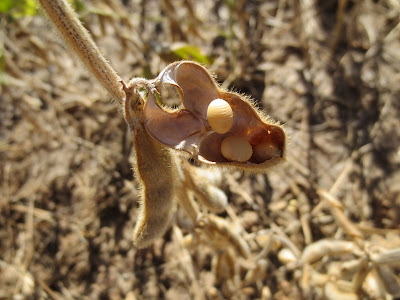 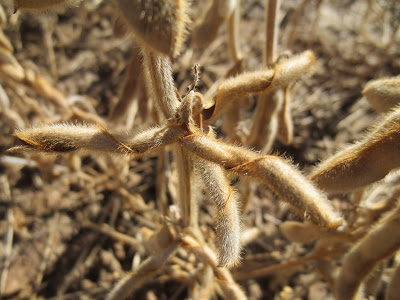 Image 3. Shattered seed on the ground. 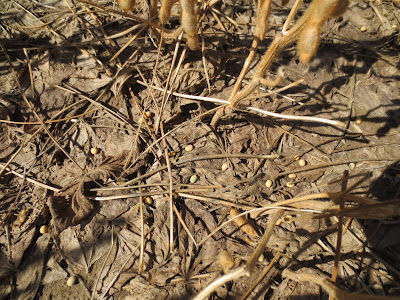 Spider Mites: My Lessons Learned and Varietal Differences Noted A review of glyphosate use for preharvest weed control
Scroll to top