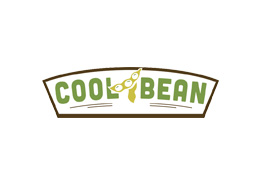 Tis the season of early booking promotions and seed discounts. These programs seem to get earlier and earlier each year just like Christmas music! Pretty soon growers will be getting a 25% discount to book their 2021 seed orders on a variety yet to be named…. Nevertheless, our 2017 Wisconsin Soybean Variety Performance Trials are posted and I wanted to give a brief update on the relative performance of RR2Y® versus Xtend® (RR2X) soybean platforms from this growing season. As you may recall, we tackled this topic last year in an article entitled: New Traits Don’t Automatically Translate to Highest Yield! I don’t want to rehash the whole story but in short we wanted to remind growers of the following:

So how did these platforms fare in 2017? Well, the story isn’t quite as clean and straightforward as 2016, when we had record yields across the state. First, we lost two of our variety performance trial sites in the southern part of WI. One was our Platteville no-till site that received such heavy and pounding rain that is sealed the soil. Yes you heard me correct a no-till site was crusted so badly our beans could not emerge. I am grateful there is no such thing as climate change so there is no chance this will ever happen to me again…. The other site was lost to off-target movement of herbicide. That left our flagship Arlington location as the only southern location and well…..that got hammered by white mold (stay tuned for more on this topic). Fortunately, our central and north central locations fared a bit better though we did get white mold at two irrigated sites; Hancock and Chippewa Falls (still stay tuned for this as well).

In our statewide pooled data-set, we saw RR2Y® varieties yielding 2 bu/acre higher than the Xtend® varieties; a significantly higher yield (Figure 1). As stated above, this response difference is not as clean and straightforward as last year given the lost sites and white mold at three locations (almost there). 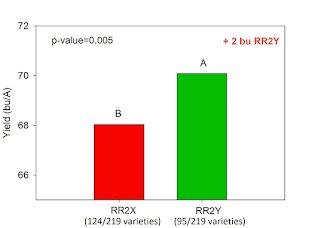 Within each region, we do see slightly more RR2Y® varieties having a star (starred varieties are not significantly different (0.10 level) than the highest yielding cultivar) over Xtend® varieties (Figure 2); though our data does show farmers have several varietal options under both platforms. ****Remember point 2 above each variety must stand on its own. 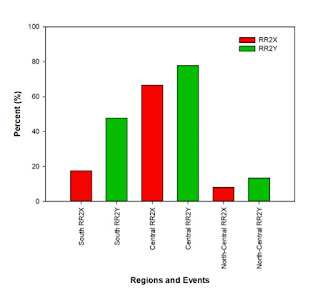 Figure 2. 2017 Regional Starred Varieties as a % of Varieties of Each Platform

What drove this yield disparity in 2017? Increased white mold incidence may have been the culprit. Across the three locations where we observed white mold (Arlington, Hancock, Chippewa Falls) we saw 8% greater incidence in the Xtend® suite of varieties than the RR2Y® (Figure 3). 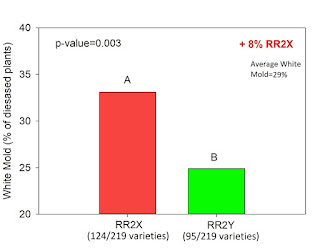 Varieties across platforms varied greatly in white mold incidence and yield as the range of white mold in the trials was 1 to 95% (Figure 4). 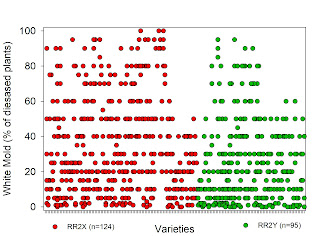 Given that the average incidence of white mold at these three locations was 29%, an 8% difference between these platforms could easily explain the yield disparity. Remember, that every 10% increase in white mold incidence leads to 2-5 bu/a loss. Thus at these locations yield loss at 29% incidence is estimated to range from 6-15 bu/acre. For more information on individual variety performance and white mold ratings consult the 2017 Wisconsin Soybean Variety Performance Trials.

Lastly as you select soybean varieties for 2018 make sure to balance yield, disease risk, and the latest dicamba regulations for your specific farm needs. It is no big industry secret that margins are going to be tight again in 2018…choose wisely!

Fall is Still a Good Time to Sample for SCN and Other Plant Parasitic Nemat...

Industrial Hemp in Wisconsin: The First Steps!
Scroll to top