Blog
You are here: Home / Blog / Uncategorized / Mirror, Mirror on the Wall, Will My Wheat and Soybean Crop Freeze and ...

Well folks its the end of May and frost is in the air. I figured we would be getting some questions about the impact of the predicted cold temperatures on the wheat and soybean crop. Here is my coolbean take! 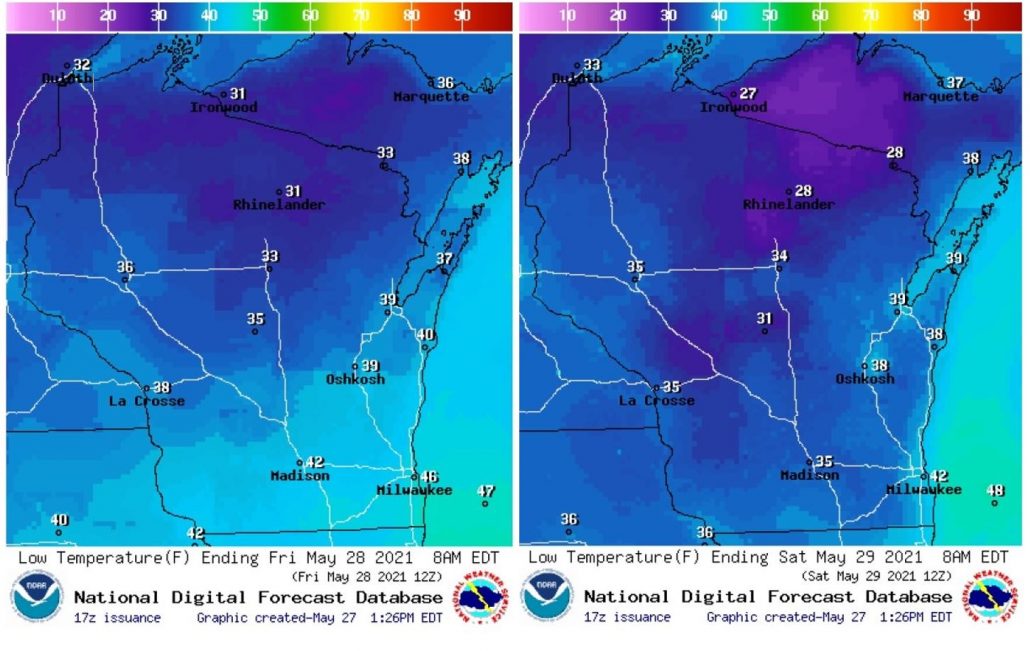 First lets start with the wheat crop which in WI ranges from boot to anthesis. Cold temperature would need to reach 30 degrees F or less for 2 plus hours before injury occurred. I just don’t see that happening in any major wheat growing region in WI this week. 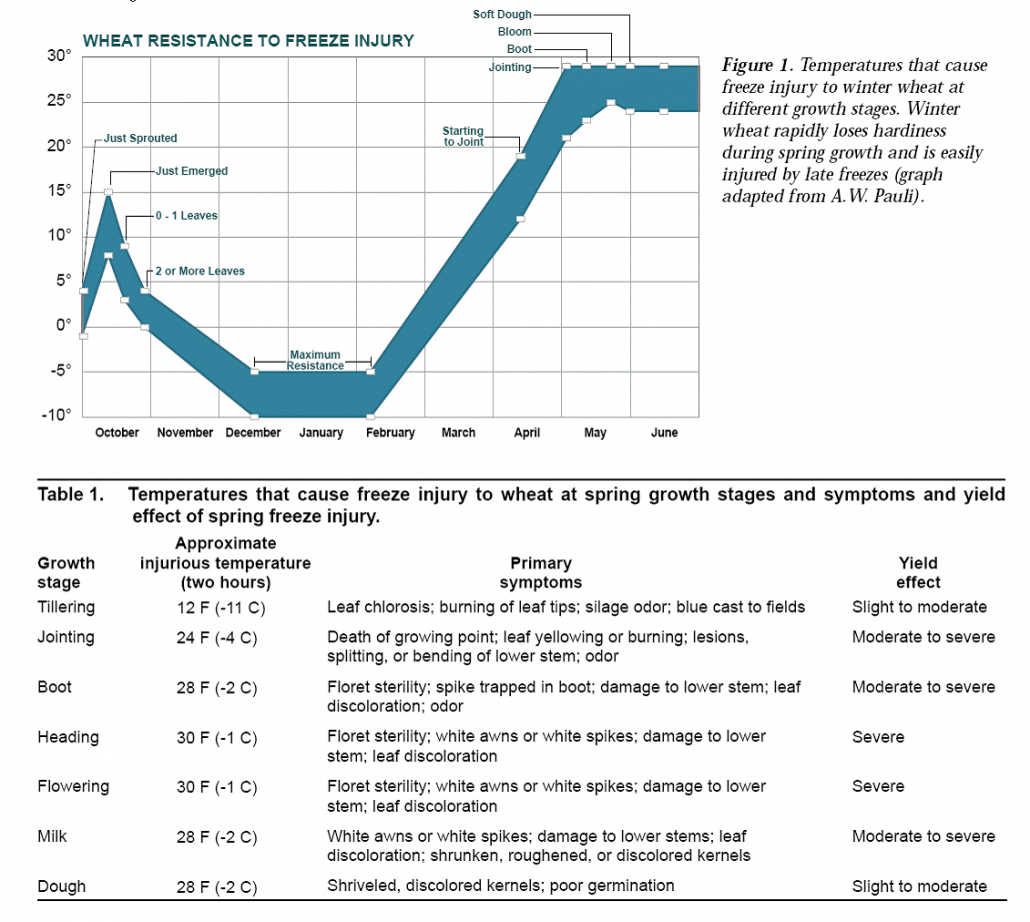 Now let’s talk about soybean. I am also optimistic that if the forecast temperatures hold, the soybean crop will in fact be #COOLBEANS, but also unaffected. My optimism lies in the Nowledge I received in an email from Dr. Jim Specht from UNL a few years ago (modified slightly by me for context). For the most-part, farmers and their soybeans in WI fall within the context of this email.

First of all  temps above 32F will not impact above-ground tissue.  Second, tissue freezing does not even take place at 32F because cell cytoplasm has solutes in it – like a modest anti-freeze, which depresses freezing point of the tissue a degree or two less than 32F – thus air temps surrounding the tissue have to get to below 31 or 30F before tissue freezing can occur.  Third, the soil surface is typically warmer than the air temperature (particularly when the soil is wet) and does not give up heat acquired during a sunny day as fast as the air does after sunset.  In actuality, the interface between soil surface temp and the air temp near that soil surface will be closer to the soil temp than to the air temp which most peopled measure on thermometers viewable at their height (not at ground level).  Biophysically, control of the soil temp over the air temp this is called the “boundary layer effect”).  So don’t trust air temperatures read on thermometers unless you know what the air temperature near the soil surface was (put a thermometer on the soil surface where the cotyledons are and check it just before dawn (when the soil surface temp reaches its nadir for a 24-hour temperature cycle).  Fourth, the cotyledons are a huge mass of tissue that are about 95% water.  That big amount of water-filled tissue is hard to freeze unless the exposure to temps of 30F at the soil-air interface is many, many hours.  Cotyledons will freeze faster (in fewer hours) but only if the soil surface temps get well below 30F (say 25F).  The only concern I would have is when cotyledons are no longer closed and protecting the young stem tip.  However, if that is in fact frozen off, the nodes to which the cotyledons are attached will regenerate TWO main stem tips.  Not an ideal way to start the growing season, but better than having to replant (0.5 bu/ac loss per each day that soybeans are NOT in the ground on May 1). Text courtesy of Dr. Jim Specht (UNL)!

For additional information please view my YouTube video that discusses common early season emergence issues (including frost injury) and just in case the forecast was way off and we get hammered with colder than expected temperatures here is our replant article entitled:

The WSMB Free Soybean Cyst Nematode Testing Program is Back in 2021!